The beating heart of writer, director Le Binh Giang’s debut feature, Kfc is laid bare with no holds barred and all guts, no glory.

At least not for the characters portrayed in this gritty, violent, and sadistic world, we find ourselves in.

With a short running time of 69 minutes is certainly not to be scoffed at as Le manages to cram enough twisted, blood-fuckery to warp the mind and melt the soul.

Straight from the off-set, we’re provided with the confronting images of violence and mayhem that will flow through the narrative like a gushing artery, with a guys casually talking with a motionless figure before ripping up a coke can and stabbing them in the neck with it.
Said character is mowed down outside of his abode by a passing vehicle and from here-on-in, we’re sentenced down into a whirlpool of loathing and disgust that leaves the head reeling in response to the grotesque that is on display.

That’s not to mention the necrophilia doctor and his accomplice that deliberately hunt for their victims in their ambulance by smashing into them and dragging their bodies away to be defiled and cut to pieces.

In some ways this film reminds me of Fernando Meirelles’ City of God, minus the beauty of Rio.

There’s no shying away from the brutality of Kfc, but does paint a similar picture of the rough terrain and gang mentality, where only the most deranged will survive.

The films focus is on a trio of sadists, who inflict their cruelty on the world around them without any inflection of emotion, which only adds to the haunting carnage that they leave in their wake.

And it’s only when emotions play a part and brim to the surface with themes of love/lust, anger, and revenge that these three accomplices fall apart.

The energy of the piece propels you forward and there’s enough material to keep you engaged without feeling too violated.

Le Binh Giang manages to craft a cyclical tale with some key observations on how parentage and society can have a serious negative impact on the way we carry out our lives.
Anarchy and chaos will reign but only for a period of time before something or someone else comes along to wipe you off the streets and a new world of pain will begin.

The director apparently wasn’t able to graduate from the University of Ho Chi Minh, due to the extreme violence in Kfc, and although it may not be suited for the faint-hearted, it certainly offers up a fresh take on the body horror genre and could very well propel Le Binh Giang onto greater things as a result.

Catch the screening of Kfc at the Sydney Underground Film Festival.

Screening times and tickets available below: 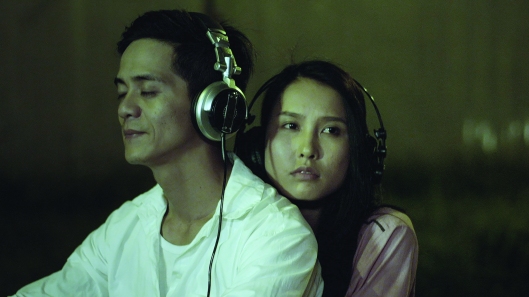