“What the fuck did I just watch?”

It’s hard not to view the directorial debut from Flying Lotus without uttering these words into the mix.

Kuso is a film best described as an experimental, avant-garde piece that suits the twisted mind of it’s artist.

His music that blends hip-hop and electronic into a stylistic and fresh approach to the scene that has had people both gripped in either love or despair, so it should come as no surprise that Flying Lotus carries this across onto the visual canopy of film.

When the film premiered in Cannes, there were reports of people walking out of the movie in disgust. The numbers of which may have been grossly overestimated, but when viewing Kuso, you can understand the temptation to turn away.

Whilst I too felt the compulsion to revolt in the comfort of my chair when watching the film, I felt compelled to see it through and challenge myself not to resort to the knee-jerk reaction to what was being laid bare.

Flying Lotus flings everything at the viewer not only to confront our visual senses but also to shed light on the grotesque and ugly of society.

The film is essentially broken into 4 vignettes that are interspersed throughout the post-apocalyptic narrative following the mutated survivors of an earthquake in Los Angeles.

Labelled as a body horror that would have the likes of Cronenberg and Lynch proud.

We’re thrust into a world with a talking, singing boil; inter-dimensional creatures getting stoned in an apartment, and a large bug that lives inside a doctor’s anus set to cure a man from his fear of breasts; a kid who is prone to self-defecating and feeding his faeces to a creature in the forest; and a woman who eats concrete and steered by God to travel down a hole in search of her missing baby.

The end result is a mishap of the strange, vulgar, and wonderful.

It’s not for the faint of heart and could steer the hardened viewer away from the screen.

While it may suit the fans of experimental and challenging films, I challenge the average viewer to step outside their comfort zones and witness a spectacle like no other.

But be warned, some of the images may scar you. It’s been awhile since a movie from this genre has warped the senses and disturbed the soul.

Screening times and tickets available below: 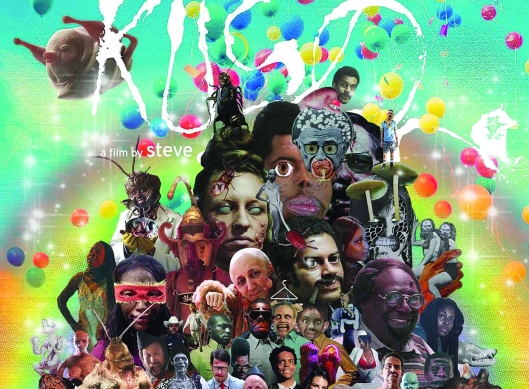